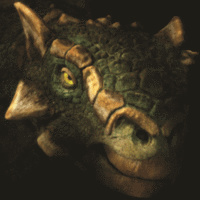 Zuul: Life of an Armored Dinosaur

This remarkably well-preserved ankylosaur was recently identified by ROM paleontologists as a new species, and now they can’t help but wonder: what was life like for Zuul?

Seventy-six million years ago this 6-metre-long, 2.5-ton, plant-eating ankylosaur, covered in body armour from its head down to its menacing tail club, roamed the Earth. Today, Zuul is one of the most complete skeletons of its kind ever found. While its body armour and spiked tail club tell an evolutionary story of protection and survival against threatening predators, the fossilized plants and animals – including turtles, crocodiles, and leaves that were also found with Zuul – shed new light on the Cretaceous environment it inhabited.

Zuul: Life of an Armoured Dinosaur takes you on a hands-on, interactive journey into Zuul’s world; from its discovery in 2014 and the fascinating research being done to further our understanding of these powerful animals, to Zuul’s life in the lush Cretaceous period 76 million years ago, where its body armour and tail club were crucial for defence.

So, grab your gear, lace up your boots, and travel back in time millions of years to explore the life of an armoured dinosaur.

It is quite a sad news that such a good artist has passed away from this world. She was not only a good artist, but was also a good person. It is true that good people do leave this world early. On https://www.stpaulstampedconcrete.com/ you will find details on the funeral services.

Find out why our Testo-Max test produced shocking results Does it make sense to buy at all?
http://testomax-results.com/

Nice to read the information here. The content of this post is very useful and informative http://pogogamesplay.com/

This is simply ingenious. Now why didn't anybody think of this before.
scary escape games https://games.lol/scary/

This is very interesting information. Thank for sharing. For sure your suggestions will help me with http://geometry-dash.online