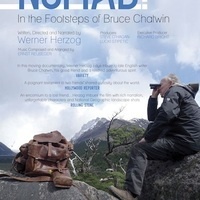 "The film is intimate [and] small. However, in some ways, it's larger than life, just as both the director and its subject." - Film Threat

The late great travel writer Bruce Chatwin (In Patagonia, Songlines) and legendary filmmaker Werner Herzog were close friends united by their shared passion for exploration, adventure, and an eternal wanderlust. In this fascinating travelogue, Herzog—who himself has made a film on every continent—traces the steps of Chatwin’s most treasured far-flung locales, from South America to Australia to the UK, discovering myth, culture, and landscape along the way. Both a poignant tribute to Chatwin and a rousing testament to the mysteries of the world still waiting to be discovered, Herzog has made one of his most personal and moving documentaries to date.