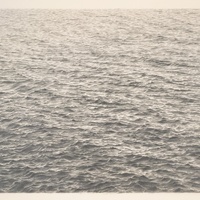 VIJA CELMINS: TO FIX THE IMAGE IN MEMORY

Vija Celmins: To Fix the Image in Memory is the first major North American retrospective of the celebrated artist’s work in over two decades. One of the few women to be recognized as a significant artist in 1960s Los Angeles, Celmins relocated to New York City in 1981, where she continues to live and work.  Her subject matter ranges from early studio still life paintings and sculpture, to small scale drawings of ocean surfaces, spider webs and celestial skies, all meticulously rendered in extraordinary detail.  This exhibition will also feature several large scale paintings, drawn from the artist’s newest body of work.

Featuring over 110 works, this exhibition highlights Celmins’ intensive approach of creating artistic “redescriptions” of the physical world as a way of understanding human consciousness through lived experience. These delicate and subtle artworks invite the viewer to pause and contemplate Celmins' distinctive artistic process.