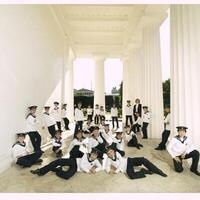 A Vienna Boys Choir performance is an enchanting event. The “breathtaking” choir is “totally disciplined voices tempered by a singular sense of ease and consistency” (Washington Post). Boys have been singing at the court of the Holy Roman Emperor since the early 15th century. In 1498, more than half a millennium ago, Emperor Maximilian I moved his court and his court musicians to Vienna, and gave instructions that there were to be six singing boys among his musicians. Historians have settled on 1498 as the foundation date of the Vienna Hofmusikkapelle and in consequence the Vienna Boys Choir. Until 1918, the choir sang exclusively for the imperial court, at mass, at private concerts and functions, and on state occasions. The Vienna Boys Choir has delighted music lovers for six centuries with their purity of tone, charm, and crowd-pleasing repertoire.This performance marks their second appearance at Koerner Hall.