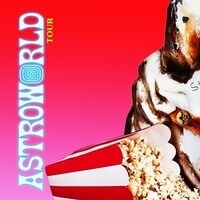 Known for his explosively wild performances, the history-making Houston superstar will launch his biggest tour yet this fall: "ASTROWORLD: WISH YOU WERE HERE." Bringing the amusement park of his chart-dominating critically acclaimed blockbuster ASTROWORLD to life on stage, the artist has envisioned a show unlike anything done before and unlikely to be topped.

Produced by Live Nation, the tour kicks off Thursday November 8 at Royal Farms Arena in Baltimore, MD, returns to Houston for the inaugural ASTROWORLD FESTIVAL November 17, and rolls through historic venues like Madison Square Garden November 27 before concluding just before Christmas at The Forum in Los Angeles, CA.

This is one of the best websites I love to visit here each time I visit here to get some extra information regarding http://bingrewards.info Keep sharing this type of Exiting offers.