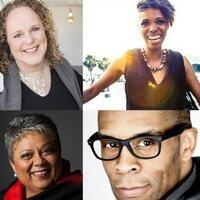 "Seemingly from the golden age!" – All About Jazz

"America had the Gershwins, but Canada's got the Breithaupts!" - Toronto Star