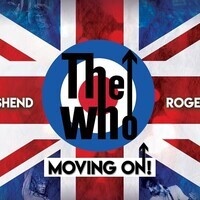 For WHO fans everywhere, the announcement of a brand new tour means only one thing:  the world’s most untameable rock band is about to deliver the goods once again. Never ones for nostalgia, singer Roger Daltrey and guitarist and songwriter Pete Townshend will be unleashing the combustible force that is The Who, with syphmonic accompaniment this summer and fall in 2019.  Produced by Live Nation, The Who’s North American MOVING ON! TOUR will bring their indelible brand of powerhouse rock to 29 cities beginning in May (see tour itinerary below). The kickoff date is May 7 in Grand Rapids, MI with the band wrapping up the first leg of the tour June 1 in Toronto, ON. A much-anticipated series of fall dates will launch on September 6 in St. Paul, MN and conclude on October 23 in Edmonton, AB.  Tickets go on sale to the general public beginning Friday, January 18 at LiveNation.com.