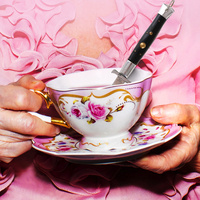 Is it really so hard to kill one little old lady? Based on one of the best-loved British films of all time (featuring Alec Guinness), this comedy tour-de-force is set in post-World War II London where five oddball crooks pose as an amateur string quintet in order to rent a room from a little old lady. It is supposed to be the nerve centre for their greatest ever heist, but things soon start to get complicated. Even then, these hardened criminals only need to commit one easy murder to get clean away with the loot. But are they up to it? After taking the West End by storm, this deliciously macabre comedy now has its North American premiere.