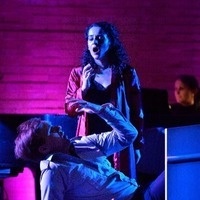 This in-venue performance has been replaced with a free online presentation on November 20, 2020.

Students from The Glenn Gould School’s vocal program perform two one-act operas, led by Music Director Peter Tiefenbach. Kurt Weill’s The Seven Deadly Sins is the satirical story of two sisters, Anna I, a practical and cynical singer, and Anna II, an emotional and impulsive but mysterious dancer. Lucrezia, a chamber opera by composer William Bolcom and librettist Mark Campbell, is a zarzuela riff on Machiavelli’s La Mandragola, where the comedy’s heroine Lucrezia, an intelligent seductress, takes charge of her own destiny.

You're not going yet!

Buy Tickets
This event content is powered by the Localist Community Event Platform.