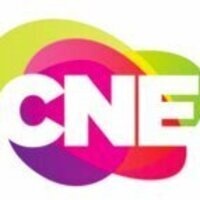 Toronto’s iconic summer tradition, the Canadian National Exhibition (CNE), returns August 16 to September 2, 2019 with all-new features and popular favourites that continue to attract more than 1.5 million visitors annually. New for 2019, the CNE will host the Canadian premiere of the travelling exhibition “50 Greatest Photographs of National Geographic,” comprised of iconic images that defined the 21st century ranging from the striking portrait of Afghan Girl by photographer Steve McCurry, to a haunting photo of The Titanic taken 4000m below sea.  Also new this year is The Ex Race attraction, where competitors will trek through an American Ninja Warrior-inspired obstacle course.

The CNE’s opening weekend kicks off with performances by ILL-ABILITIES, an international breakdance crew with a team of differently-abled dancers; and the ever-popular CNE Gaming Garage moves to Aug. 18-16 to connect with Esports, Pinball and Trading Card enthusiasts. From feature attractions, shopping, food and entertainment, the CNE also celebrates Toronto’s diversity and quirks including the city’s love-hate relationship with raccoons, through a unique art showcase featuring 3D displays of these urban critters.  The massive indoor lantern festival commissioned from China, returns to a new location inside the Coca Cola Coliseum with an enhanced augmented-reality experience.

This year (2019) marks the 70th anniversary of the Canadian International Air Show featuring the return of Britain’s renowned Red Arrows (last appeared at the CNE in 2002). To celebrate the 50th Anniversary of Woodstock, the CNE will showcase all that is groovy at an all-new Hippie Fest in Bandshell Park, Aug. 17 and 18.  Annual favourites such as the SuperDogs Show will return, along with free Bandshell concerts featuring artists such as Jann Arden, Walk Off the Earth, and a K-Pop performance featuring BOYSTORY.  Don’t miss special events such as the East Coast Kitchen Party, Food Truck Frenzy & Craft Beer Fest, as well as other delectable delights that can be found throughout the CNE grounds to fuel the FUN!