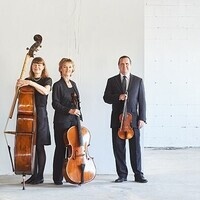 The incredible flourishing of musical styles in the middle of the 18th century was due in no small part to composers travelling from their native countries to new lands. In many cases, they proved to be more popular abroad than back home!

This concert is an exploration of galant music written by composers who settled far from home. Among these are Johann Christoph Bach, who enjoyed a successful career in England as “the London Bach.” The Silesian double-bass player Johann Gottlieb Janitsch worked at the court in Berlin, and ran a popular weekly chamber concert series in his home. Join us as we explore the intriguing stories and music of these and other galant composers.