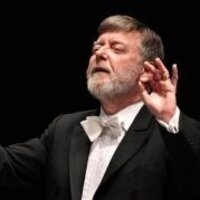 The first act of Die Walküre (The Valkyrie), the second opera in Wagner’s The Ring of the Nibelungs saga, builds a stunning crescendo of emotion as the lovers Siegmund and Sieglinde surrender to their rapturous feelings for one another. Three world-renowned opera stars join Sir Andrew Davis and the TSO for these unforgettable performances. Alban Berg’s monumental Three Pieces—with their innovative, First World War–era transfigurations of such traditional forms as the march—provide a dramatic prelude. (Pictured: Sir Andrew Davis)