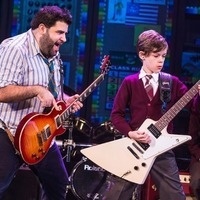 School Of Rock is a New York Times Critics’ Pick and “an inspiring jolt of energy, joy and mad skillz!” (Entertainment Weekly). Based on the hit film, this hilarious new musical follows Dewey Finn, a wannabe rock star posing as a substitute teacher who turns a class of straight-A students into a guitar-shredding, bass-slapping, mind-blowing rock band. This high-octane smash features 14 new songs from ANDREW LLOYD WEBBER, all the original songs from the movie and musical theater’s first-ever kids rock band playing their instruments live on stage. Vanity Fair raves, “FISTS OF ALL AGES SHALL BE PUMPING!”

Thanks for spending the time to debate this, I really feel strongly about it and love studying more on this topic. If doable, as you become an expert, would you mind updating your weblog with more details? really scary games https://games.lol/scary/

I didn't know that it is a New Yorks TImes critic pick school and I will surely write about them on my official blog of https://www.pennysaviour.com/ after collecting some data.

Bluetooth connection to the system can be done without any problem facing the user if it goes to this web page via http://windowstuts.net/connections and follows the instructions carefully.

Finally the school of ROCK, i am looking forward for this. But not only this, i am planning to make a same event in my school with my students. I can play almost every instruments, and i can sing as well. I will reach out for some students, who can play. I will get some resources from https://www.reecoupons.com/categories/back-to-school which can help me to get school props and uniforms.

I first observed it in Chemistry class after we deceived our educator into giving us a chance to watch it as opposed to doing Chem work, when I was a senior in HS. I kind of wish I could begin a school of Rock as well. http://www.hireessaywriter.com/