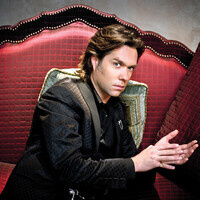 Grammy-winning singer, songwriter, and composer Rufus Wainwright will embark on a highly anticipated North American tour to commemorate the 20-year anniversary of his eponymous debut which first burst him onto the music scene. Immediately beloved and critically acclaimed, both Rufus and the record were widely hailed as a breakthrough. It influenced many artists that came after him and set the path for his illustrious career ever since.