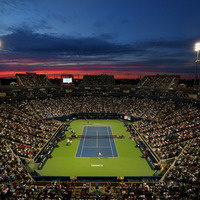 The best of the ATP men’s tour return to Toronto this summer, as Rogers Cup presented by National Bank is set to take over Aviva Centre for another action-packed tournament.

Rogers Cup is a prestigious professional tennis tournament organized by Tennis Canada. Since 1881 for the men and 1892 for the women, the top players in the world have showcased their skills on Canadian courts. Only Wimbledon and the US Open have longer histories than this major Canadian stop, which is acknowledged by the tennis world to be one of the best-run tournaments on the Tour.

Classified as a ATP Masters 1000 Event, Rogers Cup presented by National Bank is not only home to outstanding tennis, but also world-class dining, entertainment, activities, and shopping.

A lot of your readers are dreaming of starting blog like http://cssdeck.com/user/gillangelaan but we have some gaps in knowledge. Maybe you could provide the nice and decent information in the next time?

everyone does not fly ... But who would buy http://syncsettingswindows10.com something like this with that in mind? As much to take any other phone in occasion if it is for the price

I am glad that the national Bank is a sponsor of such major events. Unfortunately I have not developed a relationship with this Bank and all my financial difficulties I solve with the help of https://zenithloans.com . By the way, I do not regret and it is profitable for me to take a loan from this company, because it is fast and with small interest.