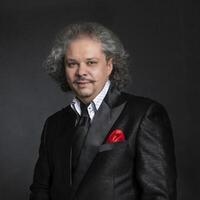 Virtuoso fiddler Roby Lakatos is a scorching player and a musician of extraordinary stylistic versatility. Equally comfortable performing classical, jazz, and Hungarian folk music, Lakatos defies definition. He is a player whose strength as an interpreter derives from his activities as an improviser and composer. Born into the legendary family of Gypsy violinists descended from János Bihari, "King of Gypsy Violinists," (who directly inspired the Gypsy music of Liszt and later Brahms in his Hungarian Dances) Lakatos’s musicianship evolved not only within his own family but also at the Béla Bartók Conservatory of Budapest, where he won the first prize for classical violin. His unparalleled technique places him among the best players in the world and his musical curiosity and Roma heritage make him truly unique.

You are having a good event http://bezeldiamondset.com/ management website which delivers first-class services for users all over the world. The collection of a different area of topics are the main highlights. The new program and events can be identified using the website is the main advantage.