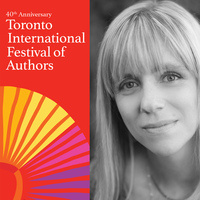 If a picture is worth a thousand words, a photographer’s story is boundless. Uncover the lives of two of France’s most storied female photographers of the 20th century, as told by two of the year’s most highly-anticipated historical fiction novels. Helena Janeczek presents The Girl with the Leica, which recounts the life of real-life photographer Gerda Taro, who died during the Spanish Civil War. The book made Janeczek the first woman in 15 years to win Italy’s Strega Prize. In The Age of Light, debut author Whitney Scharer tells the story of model turned photographer Lee Miller and her search to forge a new identity as an artist after a life spent as a muse.

The authors will bring their immersive imagery to life with live readings, followed by a discussion on paralleled themes in their work led by interviewer Kate Taylor. Hosted by David Bradford.