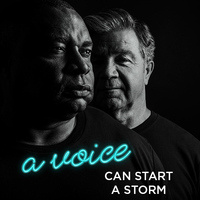 Otello is a self-made man, a former slave risen to the rank of general and now in love with a devoted wife, Desdemona. But his trusted advisor Iago begins to manipulate Otello in a relentless quest to destroy the general. Consumed by paranoia and suspicion, Otello’s earnest love for Desdemona takes a violent turn with catastrophic consequences.

Verdi’s masterful treatment of Shakespeare’s tragedy is brought to life by a dream cast of COC favourites in David Alden’s highly acclaimed production.