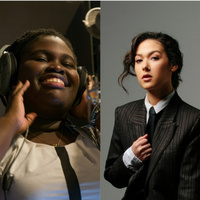 This concert is postponed. New date to be announced.

Award-winning Afro-Cuban jazz singer from Havana, “Arocena is one of the world’s fastest rising jazz vocalists” (The New Yorker) whose “voice is the perfect combination of Aretha Franklin and Celia Cruz” (NPR). Nella is the new voice from the Venezuelan island of Margarita with a 2019 Latin Grammy Award for Best New Artist, produced by the legendary Javier Limón.

Tickets start at only $40

You're not going yet!

Buy Tickets
This event content is powered by the Localist Community Event Platform.