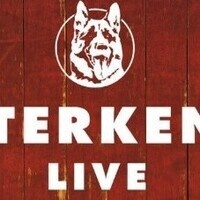 Based on overwhelming demand, new shows and markets have been added to the 2018 “LETTERKENNY LIVE” tour – a 90-minute comedy experience, starring Jared Keeso (Wayne), Nathan Dales (Daryl), K Trevor Wilson (Dan), and Mark Forward (Coach), the stars of the wildly popular award-winning CraveTV original series LETTERKENNY. “LETTERKENNY LIVE, THE ENCORE!” tour, presented by Puppers Premium Lager and CraveTV, and produced by New Metric Media, will feature original sketches performed by the LETTERKENNY favourites, additional sketches and video not seen on the original tour, as well as original stand-up sets from Wilson and Mark Forward. The tour will make stops across Ontario, Saskatchewan, Alberta and British Columbia before wrapping at Vancouver’s legendary Orpheum Theatre on December 18th

All the popular comedians are there to make us laugh and I must say that I love going in such kinds of events to feel life because we all don’t even get time to laugh in whole day because of work pressure or other daily problems and you can check https://www.researchwritingkings.com/review-of-essaypro-com/ info for that students who are interested in thesis writing. Now I request everyone to please attend this show because it is going to be crazy.

I face many problem in downloading status of whatsapp then my friend told me to visit a site Where I download breakup status in hindi https://downloadstatus.xyz/category/sad/. I fix it in my whatsapp. It was a very fantastic site where we can download many category of status.

It was a great event. I hope that there are many more to come. https://pokevision.pro

If you were interested in playing card game then just from our website http://ginrummy.me play gin rummy game with your friends without any charges.

Last time I have attended a similar event and that was fun attending literally. I have got https://morphtv.org at the same time to get to know about some movies and tv shows.