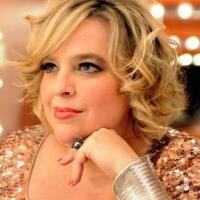 At the turn of the 18th century, Peter the Great began to drag Russia, often kicking and screaming, toward the rest of Europe. His new capital, St. Petersburg, was to be a window to the West, and to that end, Peter imported Germans, Czechs, Italians, and others in his quest to modernize his native land. He and his successors, especially Anna Ivanovna, Elizabeth, and Catherine the Great, saw the opera house as an opportunity to show off their cultural wealth as a modern European nation.