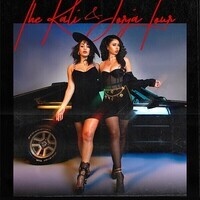 UK singer-songwriter Jorja Smith kicked off 2019 with a Grammy nomination for Best New Artist after closing out 2018 with her sold-out Lost & Found tour and a year of highs that included the release of her critically heralded debut album. In anticipation of more exciting wins to come, Jorja Smith has announced that she will embark on an 18 date co-headlining North American Spring tour with her "Tyrant" collaborator Kali Uchis.