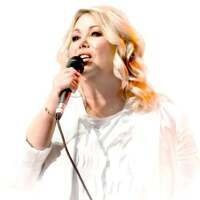 The much-celebrated multi-platinum award-winning artist catapulted onto the Canadian music scene in 1993 with the release of her debut album “Time For Mercy” featuring the hit single, “I Would Die For You”. A year later with “Living Under June”, she would have her career breakout hit, “Insensitive” that would solidify her position in the music world. Jann Arden will release a greatest hits album; Hits & Other Gems on May 1, 2020 on Universal Music.

In January, Arden was announced as the first 2020 inductee into the Canadian Music Hall of Fame. With accolades that include 19 top ten singles, eight JUNO Awards and 10 SOCAN Awards, Arden is a beloved Canadian musical artist and personality.