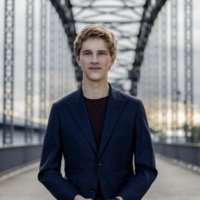 Jan Lisiecki has won acclaim for his extraordinary interpretive maturity, distinctive sound, and poetic sensibility. The New York Times has called him “a pianist who makes every note count.” An alumnus of The Royal Conservatory’s Glenn Gould School, Lisiecki’s insightful interpretations, refined technique, and natural affinity for art give him a musical voice that belies his age. The remarkable 22-year-old musician made his debut in the main auditorium at New York’s Carnegie Hall in January 2016. In its rave review, The New York Times noted that it was an “uncommonly sensitive performance.” At this Koerner Hall recital, he will perform works by Chopin, Schumann, Ravel, and Rachmaninov.