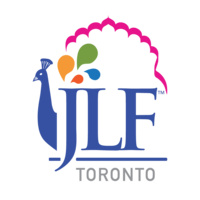 Teamwork Arts, the producer of the iconic Jaipur Literature Festival, brings a grand feast of ideas and literature to Toronto. Hosting internationally-acclaimed authors, social commentators and artists, JLF Toronto features cross-cultural conversations on an array of topics, including the arts, politics, environment, economics, gender issues, and more. Numerous Canadian authors have been featured at the Festival in Jaipur, including
Margaret Atwood, Yann Martel, Michael Ondaatje, Manjushree Thapa, and Rupi Kaur, to
name a few. We are thrilled to bring a version of the world’s largest literary event to Toronto and its Distillery Historic District, to celebrate diversity and to create a platform to revel in each other’s stories.