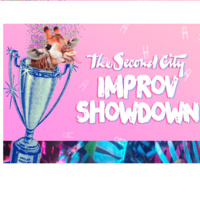 Get ready Toronto, The Second City is taking family entertainment to a mind-blowing new level! Two hilarious teams of top-notch improvisers will face off in a winner takes all comedy showdown – and they’re going to need your help! Fuelled by weird suggestions and energized by audience volunteers, our teams will work hard to earn your votes in a desperate attempt to become the heavyweight comedy champions of the world! At least until the next show… Specially designed for kids (and the old people in charge of them), this show has it all. High-energy characters? Check! All the Fortnite dances you can handle? Check! A scene with a puppy, an alien and a thousand pound watermelon? Who knows! It’s an Improv Showdown – anything can happen (and probably will)!

Hi everyone if you are delete the cookies the window10 and you are connect the one more user are apply https://deletecookieswindows10.com/ the Maine function on same project this is the best helping guide line if you are satisfied to go the website.