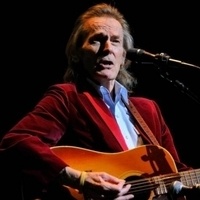 Lightfoot began his series of annual concerts at Massey Hall in March 1967 with two sold-out concerts. His unofficial Massey Hall debut occurred in his youth when, at age 10, he entered the Kiwanis Music Festival held at Massey Hall and won first place in his category. With over 166 performances logged to date, Lightfoot has performed at Massey Hall more than any other individual artist.

Beloved by music fans around the world, Gordon Lightfoot holds international recognition as a singer and songwriter. Cover versions of his songs have been recorded by artists including Bob Dylan, Elvis Presley, Barbara Streisand and Johnny Cash. In 1971 he earned his first Top Ten hit when If You Could Read My Mind became an international sensation and in 1974, his single Sundown went to number one on the American charts, followed two years later by The Wreck of the Edmund Fitzgerald, which reached number two on the U.S. Billboard charts.

Must be looking the online here latest function in window operating system forever this is the best way for move the windows application here https://fixforwindows.com/0x80072ee7 and rapier the all problem easily in your computer.