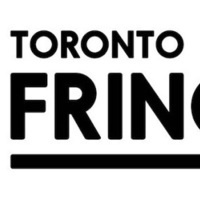 Inspired by the worldwide fringe movement, Toronto Fringe was founded by a cluster of local indie artists in 1989 to offer the “fringes” of the performing arts community a platform to create art at a grassroots level. It’s theatre by the people, for the people.

Since then, the Toronto Fringe Festival has become the largest theatre festival in Ontario, showcasing 150+ productions every July at 30+ venues around downtown Toronto. But throughout its three decades of growth, Fringe has kept the indie, grassroots spirit alive.