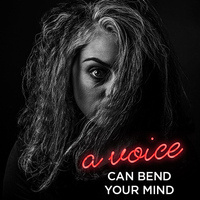 Elektra feverishly awaits the return of her brother to avenge their father, who was slain years earlier by their mother and her new lover. Driven by an obsessive combination of rage and grief, Elektra feeds her thirst for revenge with primal single-mindedness in this groundbreaking work of musical modernism.

For three consecutive seasons, powerhouse soprano Christine Goerke has thrilled COC audiences with her portrayal of Brünnhilde through Wagner’s Ring Cycle operas. She now returns for another defining performance as the hair-raising, unforgettable Elektra.

Attractive, post. I just stumbled upon your weblog and wanted to say that I have liked browsing your blog posts. After all, I will surely subscribe to your feed, and I hope you will write again soon!
https://cantineoqueteveo-madrid.es/

Thanks for a very interesting blog. What else may I get that kind of info written in such a perfect approach? I’ve a undertaking that I am simply now operating on, and I have been at the look out for such info.
http://menangdadu.co

Thanks for sharing this valuable content. In my view, if all webmasters and bloggers made good content as you did, the web will be a lot more useful than ever before.
https://5productreviews.com/best-corner-desks/

This is one of the best websites I love to visit here each time I visit here to get some extra information regarding https://www.quickboxespackaging.com/. Keep sharing this type of Exiting offers.

This was fabulous. Thanks, everyone for this event. It's really worth mentioning in any <a href="http://bestwriterscanada.com/">