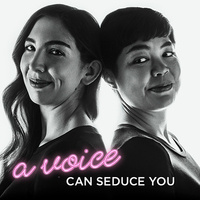 Mozart's ability to treat the most profound subjects with the lightest touch is at the heart of this story about two young men who decide to test the loyalty of their lovers, sisters Dorabella and Fiordiligi. As the unusual experiment begins, nothing unfolds quite as expected, with all assumptions and good intentions challenged by the unpredictable complexities of the human heart.

I would like more information about this, because it is very nice., Thanks for sharing.
http://sushi-cat2.com

Pizza Hut invites its customers to participate in the survey conducted by them. The official survey site of Pizza Hut is www.tellpizzahut.com.

This is nice. At least I've found a nice blog like this... Worth reading. Try scary games for kids now at https://games.lol/scary/

iPhone, and want to use the premium features for free, then this post might give you some relief. Here we have discussed how to get spotify premium for free on both Android and iPhone 2018. https://getpremiumfree.com/

As part of the Toronto events, many events are taking place the highlight of this year is a light touching story of two young http://www.findcabletvproviders.com/ women. Several assumptions and intentions are happening this complexity. Thank you for sharing this information.

It shouldn’t be a problem. Online lenders like Skycap Financial can help by offering relatively small loans (up to $10,000) and an application procedure that takes less than five minutes.

Nice post thanks for this to us. See this to get more details about online games.
http://mobilesounds.ca/run-3-unblocked-game-play-online-free/