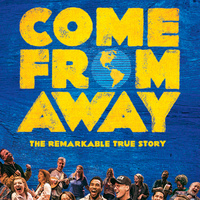 It’s been called the “edge of the world.” The weather is wild, but the locals never lack for warmth. And it’s here, in Newfoundland, where a remote town became the epicenter of a remarkable true story filled with unusual characters, unexpected camaraderie and uncommon generosity.

COME FROM AWAY is the breathtaking new musical that Toronto has embraced with open arms and has audiences leaving the theatre night after night claiming they are “proud to be Canadian!”

Written by Tony nominated Canadians Irene Sankoff and David Hein, and helmed by Tony-winning Best Director, Christopher Ashley, COME FROM AWAY "takes you to a place you never want to leave!" (Newsweek)

In order to resolve QuickBooks errors, dial our <a href="https://www.payrollsupportphonenumber.com/">Phone Number Number For Quickbooks Payroll Support</a> 1(800)674-9538.

Alright, I'll let it be known. Getting started up about scouring the wide open looking for deer sign when.https://mydoggie.co.uk/best-paddling-pools-for-dogs/

There is a huge craze in the market for these MUVs, I have seen these vehicles in many showrooms. A new car dealership has just launched in our area, I have heard they also have a couple of MUVs in their showroom,https://www.afero.io/iot/iot-paas/

There are certain features that you lack while working on the application. To grab and learn those applications you can contact QuickBooks Payroll Support Phone Number 1(800)674-9538. for more visit: https://www.payrollsupportphonenumber.com/

The skilled professionals we have hired for technical support are all set to endow the users with the best solutions to the errors at QuickBooks payroll Support Phone Number +1(800)674-9538. for more visit: https://www.payrollsupportphonenumber.com/

The remote desktop help for QuickBooks payroll software is just a call away from you at Phone Number for QuickBooks. http://www.epoxyflooringdetroit.com

Also, I'll need to make sure I bring my kids to the next event as well!