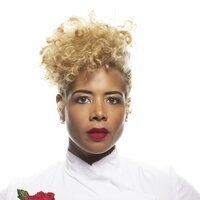 BRAVE: Secret Lives, Second Chances will show Toronto what it means to be ‘brave’

Harbourfront Centre presents the return of BRAVE: Secret Lives, Second Chances, a fresh and daring examination on what it means to be ‘brave’ and push boundaries. This 11-day festival features both free and ticketed programming that will uncover the hidden potential and concealed aspects of the human existence through experiential theatre, immersive art, music, food and literature. BRAVE is headlined by some of the world’s most courageous artists, thinkers, writers and musicians including Grammy-nominated artist and chef KELIS and convict-turned-lawyer Reginald Dwayne Betts.

BRAVE will present three participatory pieces curated with the help of the public. Comprised of donated objects from individuals all over the world, the Ontario premiere of the Museum of Broken Relationships displays additional objects and mementos crowd-sourced from Canadians; Second Chance Romance gives future romance writers a chance to pen their ‘happily ever after’ for prize money; and The Second Woman will star award-winning actress Laara Sadiq opposite 100 different men in a 24-hour live performance.

Plus, The Graffiti BoxMen project, a new perspective on graffiti art; Kirk Lynn’s The Cold Record, a witty and immersive one man show about a 12-year-old boy who tries to set the record for the most days leaving school sick with a fever; and a free performance by Grammy nominated singer BUIKA are among the festival highlights. For additional programming, visit harbourfrontcentre.com/brave

“Free programming and ticketed programming. Tickets start at $15 and are available for purchase online at harbourfrontcentre.com, in-person at 235 Queens Quay West or by calling the Harbourfront Centre Box Office at (416) 973-4000.”