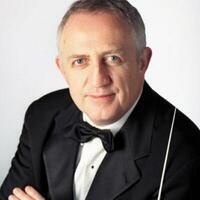 "One of the most versatile and charismatic musicians in the world, Bramwell Tovey is a Grammy and Juno Award-winning conductor and a renowned composer." (MusicalAmerica) Maestro Tovey has recently been named Principal Conductor of the BBC Concert Orchestra. Cellist Hannah Craig performs Elgar’s Cello Concerto.

The Glenn Gould School (GGS)’s Royal Conservatory Orchestra (RCO) is widely regarded as an outstanding ensemble and one of the best training orchestras in North America. Part of the Temerty Orchestral Program at the GGS, it consists of instrumental students in the undergraduate and graduate programs of The Glenn Gould School. Graduates of the RCO have joined the ranks of the greatest orchestras in the world.

That is why it is said All work and no play, makes Jack a dull boy. Moreover,
games make our minds fresh and strong. It is said sound mind lives only in a sound body. http://coolmathgamesjunction.net One can concentrate much better on books after having had played for some time.