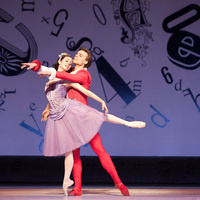 Few books of any kind are as unique and have left such an imprint on culture as Lewis Carroll’s Alice’s Adventures in Wonderland. Beneath its surface blend of fantasy, nonsense, outlandish characters and a vivid dreamworld—an irresistible blend, especially for children—the book has a subterranean reach extending into the realms of philosophy, language, psychology and even mathematics. This has always made it an attractive text for other creative artists and choreographers are no exception.

Thanks for the this information. You can visit https://geekstechs.org/geek-squad-tech-support/ for any technical help

Thanks for the information. The article is really informative.
VIsit- https://geek-customer-care.com/geek-squad-online-support.html for any tech help

I love this article. I really like your article. in case, someone face any kind of problem with your printer, computer and other things. visit askprob :
http://www.askprob.com/forums/topic/how-to-fix-epson-printer-says-offline-problem/

As part of the Toronto events, special events are taking place. Today's special events are Alice adventures in wonderland. its a dream world to irresistible blend especially with the children. All are invited for this function don't miss it.http://howtofixmyprinter.com

It tells of a younger lady named Alice falling through a rabbit hole into a myth global populated by using unusual, anthropomorphic creatures. Story shared by https://intelligentessays.com

This has always made it an attractive text for other creative artists and choreographers are no exception.
https://myanimelist.net/profile/alencooper

Alice in Wonderland is a good movie http://getinternetprovider.com/ . That can entertain peoples of different age. The movie is about an imaginary world where a small girl named Alice reached. Some part of the movie is a cartoon and some are actual.

A guest to the Liddell home saw the storybook and figured it ought to be distributed, so Carroll reconsidered and extended it. Showing up when youngsters' writing by and large was expected to show moral exercises. https://www.assignmentcamp.co.uk/someone-write-my-assignment